Sponsored Links:
Our kids will face amuch different world than we live in now.Mike Blake/Reuters

Our education system was designed for the 20th century. It islargely focused on teaching kids how to retain information andmanipulate numbers.

It regularly tests these abilities and, if you do well, you arepromised to get into a good college, have a successful careerand live a happy, prosperous life.

Unfortunately, those promises have become empty. Today, when weall carry around supercomputers in our pocket, tasks likeremembering facts and doing long division have largely beenautomated.

The truth is, there is little taught in school that today can'tbe handled with a quick Google search and an Excel spreadsheet.

Working in a team

Traditionally, schoolwork has been based on individualaccomplishment. You're supposed to study at home, come inprepared and take your test without help. If you look at yourfriend's paper, it's called cheating and you get in a lot oftrouble for it. We're taught to be accountable for achievementson our own merits.

Yet consider how the nature of work haschanged, even in highly technical fields. In 1920, mostscientific papers were written by sole authors, but by 1950that had changed and co-authorship became the norm. Today, theaverage paper has four times as manyauthors as it did then and the work being done is far more interdisciplinaryand done at greater distances than inthe past.

Make no mistake. The high-value work today is beingdone in teams and that will only increase as more jobsbecome automated. The jobs of the future will not depend onspecific expertise or crunching numbers, but will involvehumans collaborating with other humans to design work formachines.

Clearly, value has shifted from cognitive skills to socialskills, which is one reason why educators see increasing valuein recess. Unfortunately, very few schools have adapted.Many are so unaware of the value of social interaction and playthat they still take recess away as a punishment for badbehavior. We desperately need to shift the focus of our schoolsto collaboration, play and interpersonal skills.

In recent years a lot of emphasis has been put on the need forstronger STEM education to compete in an ever moretechnological world. However, there is increasing evidence thatthe STEM shortage is a mythand, as Fareed Zakaria points out in his book, "InDefense of a Liberal Education," what we most need toimprove is communication skills.

To understand why, think about an advanced technology likeIBM's Watson, which is being applied to fieldsas diverse as medicine, finance and even music. That takes more than just technicalskill, but requires computer scientists to work effectivelywith experts in a wide variety of fields.

In fact, Taso Du Val, CEO of Toptal, an outsourcing firmthat focuses on the world's most elite technology talent toldme that when his company evaluates programmers, they not onlylook at technical skills, but put just as much emphasis oncommunication skills, initiative and teamwork. You simply can'twrite great code for a problem you don't fully understand.

Clear and cogent writing, criticalthinking and learning how to learn — to take in disparatefacts, put them in context and express them clearly — these areall skills that will be even more crucial for professionals inthe future than they are today.

Learning patterns rather than numbers

Of the "three R's" that we learned in school, arithmetic wasgenerally the most dreaded. Multiplication tables, longdivision and deceptively constructed word problems have beenthe bane of every young student's existence. In my day, atleast, the utility was clear, but now children can rightly ask"why can't I use the calculator on my phone?

Clearly, in our increasingly data driven age, mathematicalskills are more important than ever. Yet they are not the sameones we learned in school. It's not so important to be able tocount and multiply things — those tasks are largely automatedtoday — but it's imperative to be able to ascribe meaning fromdata.

This may seem like a newfangled idea, but in actuality it is ashift to higher level math. As the great mathematician G.H. Hardy put it, "A mathematician, like apainter or a poet, is a maker of patterns. If his patterns aremore permanent than theirs, it is because they are made withideas."

Focus on exploring things rather than knowing things

Take a look at any basic curriculum and there are lists ofthings that kids are supposed to know by the end of the course.Dates of historical events, mathematical formulas, the name ofspecific biological structures or whatever. Yet today,knowledge is truly a moving target. Much of the information intextbooks today will be obsolete by the time our kids starttheir careers.

Clearly, the notion that education will give you knowledge thatwill prepare you for an entire career is vastly outdated. Todaywe need to prepare our kids for a world that we don't reallyunderstand yet. How can we possibly make good judgments aboutwhat information they need to know?

So instead of cramming their heads full of disparate facts, weneed to give them the ability to explore things forthemselves, take in new information, make sense of it andcommunicate what they've learned to others. In a world wheretechnology is steadily taking over tasksthat were once thought of distinctly human, those are theskills that will be most crucial.

In an age of disruption, the mostcrucial ability is to adapt. That is what we need to prepareour kids to do. No matter which diet program we have enrolled into, we all know the drill. We... 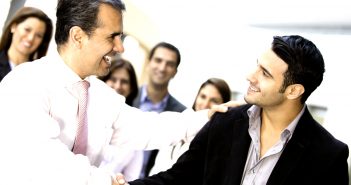 The Different Types Of Bosses You Will Find

A drink after a hard day’s work is best, especially, after dealing with a boss...