Sponsored Links:
Break down the walls between you. Sebastiaan ter Burg/Flickr

Persuasion is part art, part science. Whether you share the personality traits of those who do it best, it is almost always tied to how skilled you are at using persuasion strategies and how well you relate to those you are trying to influence.

Sometimes, it's something you do individually. Other times, it's a team sport requiring carefully built coalitions with you behind the scenes deploying the right person at the right time and building the right context.

Those who do it best have a deep understanding of the people they are trying to persuade in two areas:

This isn't about language in the typical sense, as in English or Mandarin. That's important but fairly obvious. You wouldn't go to China and expect to be effective in influencing anyone without a solid understanding of the Chinese language. This is about something more subtle: the content comfort zone of the person you are trying to influence.

When I started in business, my dad gave me some advice:

"Know your finance because that is the language businessspeaks."

The advice was a good foundation. Applying that rule, I've been a lot more effective influencing CFOs when I talk with them using numbers and their content comfort zone.

Not everyone "speaks numbers", though. Numbers certainly find their way into everything, but Marketing people speak marketing, HR people speak HR, and IT people speak that really strange language called IT.

This important nuance plays directly into some of the science behind influence, specifically the fact that people are more likely to be influenced by you if they perceive that you and they have something in common. In this case, the common ground is speaking the same language.

I have put this simple approach to the test in real business situations for years with great results.

2. Pain points: Asking "what keeps you up at night?" only gets to the surface issues.

If you understand the pain points of the person you are trying to influence, you have a much better chance of addressing them, which greatly helps your ability to influence.

The question is how you get a real understanding of the pain points versus the surface answer.

Many people use a common question, asking the person: "what keeps you up at night?" You often get a decent answer but not the real answer you need. People who are really good at persuasion get the real pain point, which is to understand pressure.

Where is the person you are trying to persuade getting pressure and from whom?

Alleviate their pressure points for them, and your persuasion job just got markedly easier. Unfortunately, this is very frequently overlooked.

I work with a Director of Quality who works for a company that has just been acquired. His new boss, who reports directly to the acquiring company's COO, has asked Ray to take the program he developed and implemented for the acquired company and implement it as-is for the bigger company. And do it fast during the early stages of the integration period.

When he asked his boss what kept her up at night, she responded with the fairly predictable answer about wanting to fill gaps in the quality system and ensure quality outcomes to enable the company strategy.

Good answer, but not the real pressure point.

Ray and I sat together to figure out what was really going on, which turned out to be quite simple but very personal for his boss.

The bottom line was that his boss was getting a lot of pressure from her boss, the COO, to show some integration results quickly so that he could show that the acquisition integration process was resulting in the achievement of operational and financial commitments.

That was the real pressure point. If Ray could solve that for his boss, he would be better able to persuade her that they couldn't just lift and shift the whole thing.

So his new strategy was to take what could be lifted and shifted and do it really fast. It relieved her real pressure point, and then she suddenly became much more amenable to the conversation about doing things differently with the rest of the implementation.

The next time you are strategizing about how to persuade and influence someone, remember language and pressure points. They are often forgotten subtleties but can have a huge impact on your success. 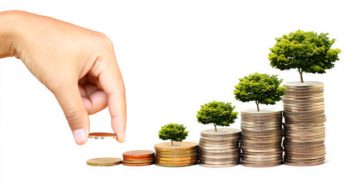 Do you lately feel like the money is really tight and you simply cannot get a... Here Are 7 Ways to Buy Stuff at Discounted Prices

Do you find the prospect of paying things you shop at full price a pain in the... 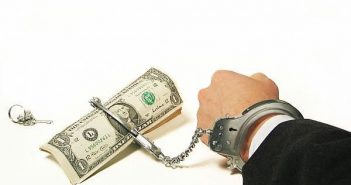 Nobody likes debts! But people, you and I included, find themselves into debts... 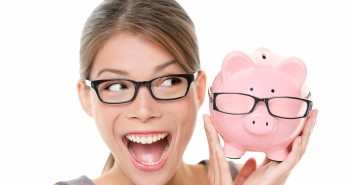 6 Best Ways to Invest in Yourself

It has been proven that the best return on investments is the one of investing...