Buying a home is the biggest purchase most Americans will ever make, spending hundreds of thousands of dollars in one chunk.

In addition, there are a whole host of associated costs — insurance, maintenance, taxes, furnishings, and on and on that make this a gigantic financial issue for all but the wealthiest of us. The impact buying a home can have on a family’s finances is enormous, so it’s imperative that we get it right.

Conventional wisdom used to say that buying a house was a financial no-brainer. That was when housing prices “always went up” and owning your home was the bedrock of solid money moves.

Then along came 2008 and blew conventional wisdom out of the water.

So the home buying decision is as tough and as important as ever. You want to get it right. You MUST get it right if you want your finances to benefit from a home purchase. And you certainly don’t want it to be a drag on you financially, because the size of the transaction is so large that this one buying decision can sink all your finances if it’s not done properly.

How most people buy homes

Unfortunately, most people don’t get it right. Instead, here’s how they do it (or at least this was the old formula — perhaps the housing bust has changed this a bit, especially with the new bank regulations, which I will write about in a future post):

The bank looks at your finances (including your income) and tells you how much you can afford to borrow. Armed with this information, the home-buyer looks at homes just above this price range, “knowing” he can negotiate the price down when he makes an offer. The home-buyer finds a great home that he MUST have. Yeah, it’s 10% over budget and the owner won’t budge, but it’s the buyer’s dream home. The buyer finds some sort of creative financing that stretches him to the brink. He puts as little down as possible, makes his payments as long as possible (to lower the monthly payment), and buys based on his best case earning scenario (assuming he earns as much — or more — as he does now well into the future.) In other words, he gives himself no financial margin in case things don’t go as planned. He doesn’t give any consideration to the other costs associated with home ownership. He assumes these are negligible and they will somehow take care of themselves. Then he spends a lifetime paying interest, selling (sometimes at a loss) and rebuying, and repeating the process again and again. And, of course, somewhere along the way, something goes wrong. The buyer has a child and one spouse wants to quit work (lowering their income.) Or someone gets sick. Or someone becomes unemployed. Or someone is down-sized. You get the idea.

As you can imagine, this sends a family’s finances into chaos.

Ok, it’s probably not that bad for most people. But it’s not far from the truth for many Americans. As a society, we do stretch our finances as far as we can to buy our “dream home,” then we spend decades paying hundreds of thousands of dollars in interest. Is this a great way to grow our wealth? I think you know the answer to that.

Until recently when I needed to take a short-term mortgage until my old home sold (FYI, it was a nightmare process), I hadn’t had a mortgage in 18 years (FYI, I don’t have one now either as I paid off the recent mortgage earlier this month.).

Yep, we completely paid it off over a decade and a half ago and haven’t looked back for a second (we haven’t had debt of any kind over this time). What do I consider the keys to doing this (and to buying a house in general)?

Here are my suggestions:

Live in (or move to) an inexpensive area of thecountry. It’s not new news that housing (as well asother living costs) is more expensive in some areas of thecountry than in others. Live in one of the areas where it’s moreaffordable and you’ll start off way ahead. Buy a house you can easily afford, putting at least 20%down. What’s a house you can afford? It’s one thatfits into your budget after you look at all the costs,including both the house itself and the costs associated withhome ownership. It’s also a house that leaves a bit of room inyour budget for unexpected events and emergencies, not one youhave to stretch financially to afford. It’s also a house thatallows you to keep on saving for your other needs likeretirement and education costs for the kids. Lastly, it’s anumber YOU determine, not one that the bank (who wants you toborrow as much as possible) gives you. Put extra payments into your budget. As yourincome grows, don’t increase your cost of living. Instead, keepexpenses under control to grow your surplus. Then use thatgrowing surplus to make extra mortgage payments. Put bonuses, gifts, second job income and all other“extra” sources of money into paying off the loan. Anyextra money you get, apply it to the mortgage. You willliterally see payments disappear in multitudes as you do. Iremember seeing three or four payments go away simply by makingone extra mortgage payment. Become debt free in 7-10 years. If you followthe steps above and stick with them, you should own your homefree and clear in a decade or so.

How we did it

Here’s how the process played out for us:

We’ve lived in a number of medium-sized, low costcities. And no, I haven’t had to sacrifice my careerto do so. We spent less than we earned starting when we gotmarried in the early 1990’s. We saved quite a bit,combined it with some previous savings and the equity from thesale of our Northeast home, and were able to come up with adown payment of about 35% of our (second) new home’s value. We bought a house we could afford. Instead ofstretching to buy the biggest house possible, we decided whatwe needed in a house and what we wanted to pay. Then wepurchased a place that met those criteria. In the end, we onlyborrowed about 60% of what the bank said they’d let us borrow. We applied everything we could to retire themortgage: extra payments (from still spending lessthan we earned), pay raises, bonuses, income from a sidebusiness, my wife’s income, and gifts. If money came in, itusually went to paying down the mortgage. However, we did notsacrifice what we considered to be better investments, such asfully funding my 401k. Within five years, we had the house completely paidoff. We lived there a few more years, then when wemoved to Michigan, we sold the house and paid cash for our newone. We did the same when we moved to Oklahoma a couple yearsago.

In the early years, I got the biggest thrill out of paying extra on the mortgage. I’d make an additional payment and wipe out six to eight payments at one time (Quicken would show me the results.) During the first year, I eliminated several years of payments on a 30-year mortgage (something like eight years) and the thrill of making such great progress simply built and built into a snowball of enthusiasm. Each payment I made had a dramatic impact on the total, which fueled more payments, which had more impact, which fueled more payments and so on and so on.

Then there were the big hits — when I got a bonus or when we decided to forego a big vacation to put it against the mortgage. These large impacts to the debt made a huge difference and added fuel to the fire.

As we got close to paying off the entire amount, we were looking for anything we could find to put towards the mortgage. When the day came when we paid off the whole thing, we were thrilled, but I don’t think we realized the comforting feeling that was to come.

It’s been a long time since we’ve had a mortgage, so much of the “newness” and “excitement” has worn off. But it’s been replaced with a very peaceful feeling. You often hear the words “debt freedom” talked about, but can’t really grasp what they mean unless you are free from debt. I can honestly say that there is a great financial peace in knowing you don’t owe anyone anything.

Since we’ve paid off our mortgage, we’ve been able to save a bundle and give more to charitable causes we support. We’re now on track to retire by age 55 with more than enough to live on and no debts outstanding. [Editor's note: The author retired earlier than planned, at age 52, in August 2015.]

Does this work today?

Some will say that things are different these days — that you shouldn’t pay off low interest debt (which a mortgage is nowadays) and instead invest those extra dollars. Here’s what I would say to that:

I can see the rationale. And for a disciplined person who really will save (not spend) the extra money, putting it into investments may be a better choice. Unfortunately I’ve found that only a very few are really disciplined enough to carry through with this sort of plan.

As I said above, there’s a true sense of freedom that comes from not owing anyone anything and that personal preference can’t be discounted. If I had a mortgage, I think I’d pay it off asap even if the numbers said it wasn’t the best financial move.

Note that a key part of my plan is not neglecting your basic savings for an emergency fund and retirement. These should come first before you pay off debt.

ESI Money retired at age 52 with a $3 million net worth. The Most Popular Strategies The Sellers Use to Trick Us

It is a well-known fact that different sellers use different marketing... How to Retire Early: 5 Steps Plan

Are you already tired of the 9 – 5 routine? And when thinking about your... 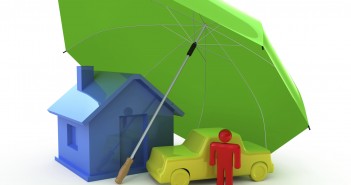 Types of Insurance You Need to Secure Before You Retire

Ever since we were young, we’ve dreamt of having a luxurious and comfortable... 5 Awesome Hobbies You Can Finally Do When You Retire

We all look forward to retirement. After all, nobody would want to work for a...