Sponsored Links:
It seems to affect how much funding they get. Mark Zuckerberg pictured. AP Images

The trio of researchers behind a recent paper on gender bias in the venture-capitalist community didn't set out to study gender bias specifically.

As they explain in a Harvard Business Review article, their initial goal was to study financial decision-making among governmental VCs in Sweden, and to help the group improve their processes.

Yet examples of gendered language were "clear and abundant," the researchers write, and they couldn't help but explore that language further.

Between 2009 and 2010, the researchers — Malin Malmstrom, Jeaneth Johnanson, and Joakim Wincent from Luleå University of Technology — observed discussions about funding decisions for 125 venture applications. Of those applications, 99 were from men and 26 were from women.

Men entrepreneurs were described as:

Women entrepreneurs were described as:

"Too cautious and does not dare"

As the researchers write in the HBR article, these stereotypes seem to have affected funding decisions: Sponsored Links:
Even women may be influenced by negative gender stereotypes. Bold Content/flickr

And as the researchers point out in the HBR article, in Sweden, about one-third of businesses are owned and run by women — but they only receive between 13% and 18% of total government funding.

This isn't the first study to document gendered language in a business context. Stanford researchers recently analyzed 125 performance reviews at a tech company, and found that managers used substantially different language to describe their male and female employees.

For example, managers were nearly seven times more likely to tell their male employees that their communication style was too soft. Women, on the other hand, received 2.5 times as much feedback related to their aggressive communication style.

One of the most interesting parts of the current research is that the venture capitalist group included both men and women, suggesting that even women may be influenced by negative gender stereotypes.

Interestingly, in interviews with the researchers, VCs said they didn't distinguish at all between applications from women and men.

When the VCs learned about the findings, the researchers write in the HBR article, "the VCs reacted with a mixture of emotions: despair for being involved in creating bias, denial of being part of it, becoming upset with the facts, and feeling relief about the fact that gender bias was finally becoming transparent." The 15 best colleges for your money Drew Angerer/Getty Images Many companies and recruiters have turned to... 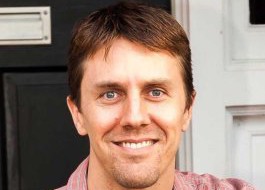 This 30-something started with 1 000 in savings and now owns 90 rental properties — here's his No. 1 tip for building wealth when you're young

Types of Insurance You Need to Secure Before You Retire

Ever since we were young, we’ve dreamt of having a luxurious and comfortable...