Secret societies have been known to be mysterious. Their activities are concealed from public knowledge, and their gatherings are invite-only. Often, people are intrigued by these organizations that seem to be having big bad secrets. They range from covert groups, assassins, intelligence agencies, and insurgents. The qualifications to labeling these groups are being disputed until this day and generally depend on the degree of their secrecy.

Secret societies’ secrecy involves retaining or transmitting secret knowledge, messages, and codes that non-members are not allowed know. The secret that they share solidifies their link and faith to the order, making their bond strong as brothers.  There are countless speculations about these organizations ranging from running the world to influencing the stock market and taking control of different industries.

“The very word ‘secrecy’ is repugnant in a free and open society; and we are as a people inherently and historically opposed to secret societies, to secret oaths, and to secret proceedings”  ― President John F. Kennedy

These organizations have their own order and methods of enlisting members. The Grand Masonic Lodge was created in 1717. Masons had first and second degrees. An expansion to a third degree in the 1750s caused a split in the group. A third degree Master was known as a Master Mason. They refer to God as “The Great Architect of the Universe.” Many religions frown upon Freemasons, with some churches forbidding association of their parishioners with the group under pain of excommunication.

A band of Muslim assassins came together to form a sect known as The Hashashin or Nizari. They started to train on espionage, sabotage, and, assassination. Since they were smart, they would plant a mole that had rigorous training on enemy grounds and pull an attack when the mole deemed the time right. Their execution resulted in  the minimum number of civilian casualties. The legend about the group grew as patrons of the assassination plots were satiated. Mongols eventually destroyed Nizari including their library that contained all the records about them. This organization is a modern version of Freemasonry but claims no direct association with the original Knights Templar. However, they admit of borrowing symbols and ideas inspired by the medieval Order. If you’re up for enlisting, be sure to be Christian Master Mason first.

The Order of the Skull and Bones

This order started in Yale University and is one of the oldest societies in the United states. It was founded in 1832. The members meet every Thursday and Sunday in a building they call as the ‘tomb’. Both Bush U.S. Presidents became members while in the university. Many other members have grown to fame and success. Conspiracy theories suggest that CIA was built by members of the group. Of course, the CIA denies such speculations.

This is an order of freethinkers founded on May 1, 1776 by Adam Weishaupt. The fact that the members do not believe in the existence of in a supreme being made them popular among atheists.  This made people believe that the organization wants to overthrow the different organized religions. Government’s attempts to outlaw the group and the internal panic when in search of a new successor to lead the group resulted in their downfall. There are suggestions that the Order of Skull and Bones is an American franchise of Illuminati. There are still arguments about their survival. Allegations are that they intend to create a One World Government based on Atheist principles.

This is an organization within the Catholic Church. It’s thought to be hiding something critical and strongly emphasizes the belief that “everyone is called to holiness and ordinary life is a path to sanctity.”

The committee of 300 is said to govern the world using a three-city state empire. The cities do not pay taxes and obey their own laws. They use a network of roundtable  groups, think tanks, and other secret societies that control the world’s largest financial institutions. The prominent groups include freemasonry, Club of Rome, Trilateral Commission, and Chatham House.
So, which Order do you want to be a part of?

“In countries where associations are free, secret societies are unknown. In America there are factions, but no conspiracies.” – Alexis de Tocqueville Zöe Sottile, a senior at Phillips Academy, writes about life at the elite... 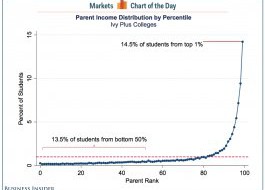 More Charts Elite US universities tend to recruit from the top of the income... 20 US presidents who belonged to shadowy secret societies