Keith Ferrazzi's classic career guide "Never Eat Alone" earned him a widespread reputation for being a master of networking.

When Ferrazzi first published his book in 2005, he had already been the youngest CMO at both Deloitte Consulting and Starwood Hotels and Resorts; the CEO of marketing startup Ya Ya Media; and the founder and CEO of Ferrazzi Greenlight, a management consultant firm with major clients like General Motors and American Express.

When he speaks to 20-somethings, he wrote in the updated 2014 version of his book, he always explains the power of the opportunities he received because of relationships. "You've got to be more than willing to accept generosity. Often you've got to go out and ask for it," he wrote.

Ferrazzi grew up in a working class family in Pittsburgh. His father, a steel worker, mustered up the courage to approach the CEO of the company and tell him that he was looking for a way to give his son a better life than he had. The CEO was impressed, Ferrazzi explains, and connected Ferrazzi's father with the people who would give his son a scholarship to attend a prestigious boarding school.

Ferrazzi also notes that it was the chairwoman of the Pennsylvania Republican Party, whom he met during his undergraduate years, who encouraged him to attend business school and then partially funded his MBA education at Harvard.

His point is that he is not only fully aware of the privileges he's been granted, but also strongly encourages young people to seek out connections that can lead to such opportunities. Luck will always be a factor to some degree, but it's necessary to have the right mindset to take advantage and cultivate more.

"There's an implicit understanding that investing time and energy in building personal relationships with the right people will pay dividends," Ferrazzi wrote. "But to do so, first you have to stop keeping score. You can't amass a network of connections without introducing such connections to others with equal fervor."

• When you run into a difficult time in your career, such as being laid off or fired, your résumé won't help you quickly find a new job but your friends and associates will.

• Don't "keep score" of how many favors you make versus how many you take. There will inevitably be people you help who prove to be selfish, but they shouldn't compel you to change your approach. "If your interactions are ruled by generosity, your rewards will follow suit," Ferrazzi wrote.

• Don't do favors only for those who outrank you, and don't look down on those you outrank. "The business world is a fluid, competitive landscape," and you never know where you or the people you interact with will end up down the line.

• Contribute your "time, money, and expertise" to those in your network.

"Relationships are solidified by trust," he wrote. "In other words, the currency of real networking is not greed but generosity." "You're only as good as your last trick." This could easily be a... ChaNaWiT/Shutterstock To become a master of something, at least in the... 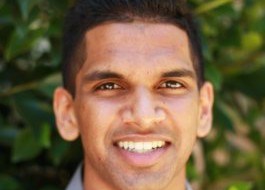 Shaan Patel scored a perfect 2400 on his SAT and has some genius advice for... 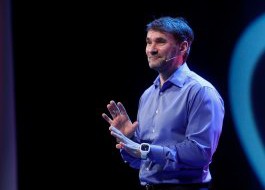 "Reaching out to others is not a numbers game," says Greenlight CEO...